In mid-2018, I discovered that I followed a disproportionately large number of people from the U.S.A. 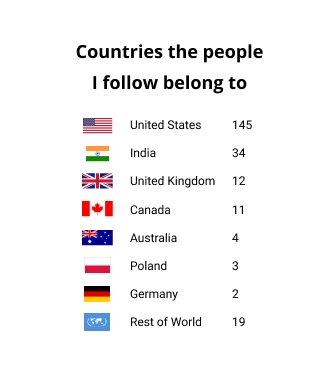 I had 2 months to go before my first job in Bangalore and decided that I needed to familiarize myself with the people in the Design/Tech scene there.

So I picked someone I admire at random who was already a part of Bangalore’s design scene, who followed a good chunk of people and decided that their following list would be a good source for this.

While I could’ve simply checked out a 1000 Twitter profiles, I was also in the mood for a side-project since I was also itching to build post-college. 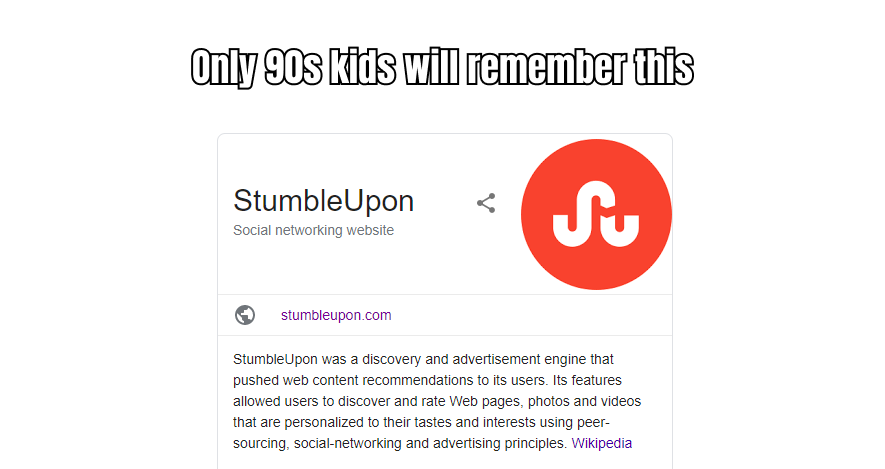 StumbleUpon was a serendipity engine. It took you from one cool website to another. You could bookmark these sites to check them out later. I absolutely loved discovering cool content on the internet using it.

You specify a Twitter account and this website extracts those profiles which have personal websites in their Twitter bio. It then presents these websites one at a time for you to stumble through them. Once I visit their websites and get a better idea of what they do, I can tag them for future reference. Repeat ad infinitum until all websites are exhausted.

Well, it functioned. I started with 341 twitter accounts and ended up classifying 192 of them. A significant number of Indian designers that I currently follow were directly a result of this experiment.

An observation from dogfooding

I noticed myself rushing through websites. The goal I started off with was discovering new people. This should have meant giving each website the time it deserved. Instead, I found myself only spending the minimum amount of time required to figure out how I could best categorize them. Interestingness quotient of a website didn’t lead to extra time spent. (qualitative, although I could have measured this quantitatively with effort)

One problem I solved

I extracted websites from Twitter bios but I was only really interested in personal websites because I wanted to learn about the person not the place they worked at. So when extracting the website urls, I ran a similarity check for the twitterhandle and the personal website. This weeded out the accounts of those who use their company websites as their website link. There may have been false-negatives too.

Couple of problems I ran into

How was this built?

Wrote the data into a pickle file on disk

Flask for the front-end and back-end

Heroku for deploying the project

Thanks to @jjmojojjmojo on Twitter who suggested I use Flask instead of Django since it’s much more lightweight. Flask turned out to be extremely approachable and super fun to use.